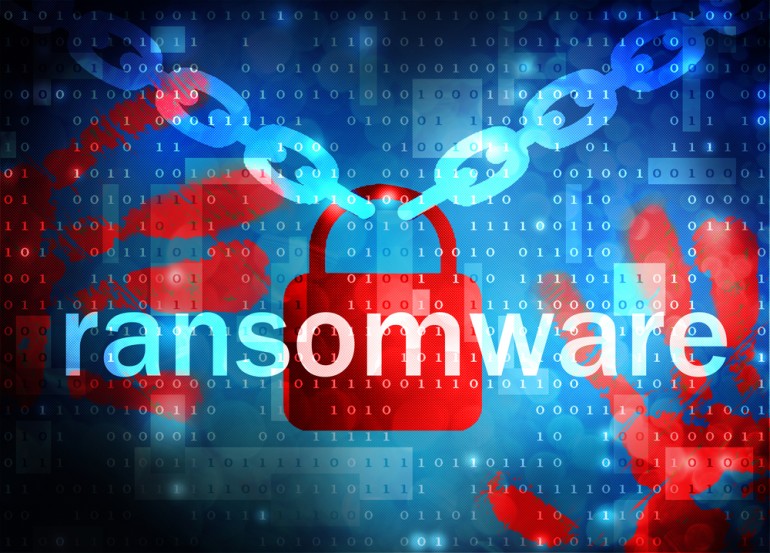 Ransomware : Trojan that encrypts most file types in a system 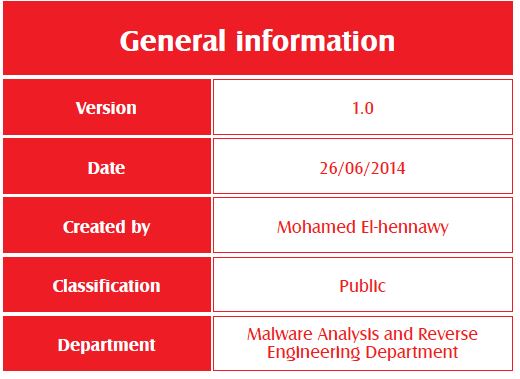 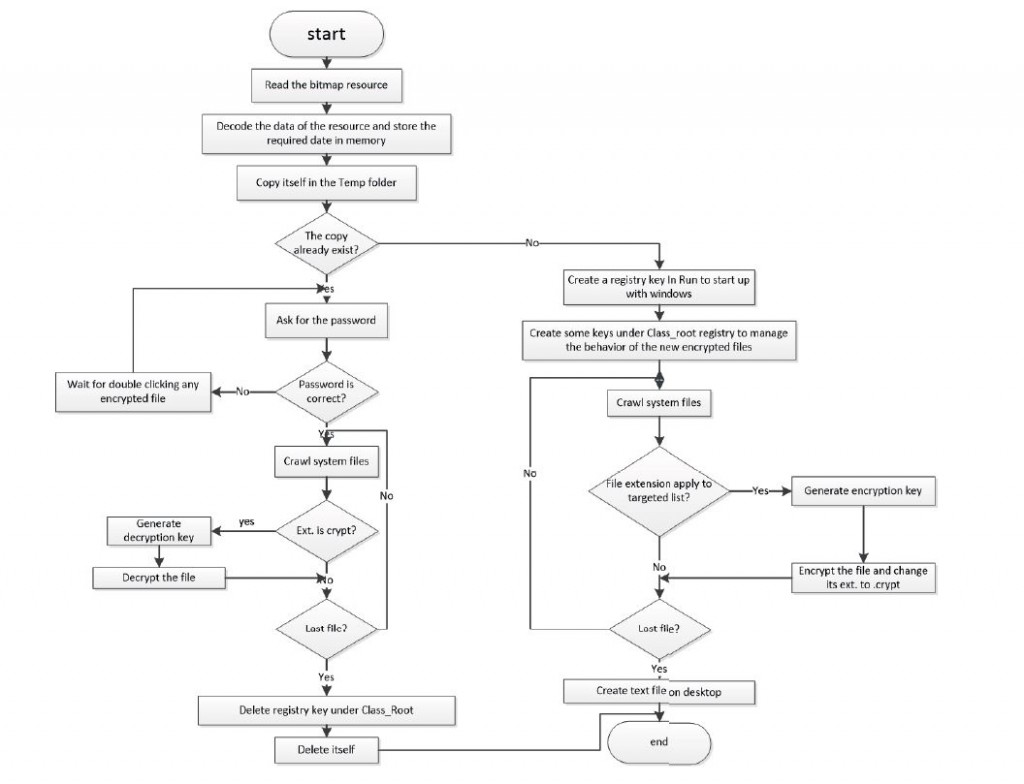 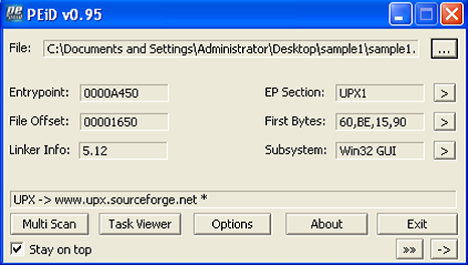 • Set a new value “C:\DOCUME~1\ADMINI~1\LOCALS~1\Temp\3mN6As37iqV6y5t.exe” in “HKEY_LOCAL_MACHINE\SOFTWARE\Microsoft\Windows\CurrentVersion\Run” with name “Alcmeter”

At first the malware prepares the data needed in its operation. It gets this data from a bitmap resource by reading its data and decoding and then arranging this data in memory by RtlMoveMemory API

After preparing data in memory malware starts copying itself in “C:\Documents and Settings\Administrator\Local Settings\Temp” directory and set its metadata to the metadata of the file “explorer.exe”.

It gets the available partitions on the system then crawls them one by one. When it gets the first file it checks if it is file or directory. If it is directory, malware check if it is the same directory (.), the parent directory, or it is not. In case of same directory or parent directory malware escape it and continues to the next file otherwise it will access the directory and continue crawling. In case it is file, the malware starts comparing its extension with targeted list. If the extension is not existed in the list, the file is escaped and malware continues to the next file, else the procedure of encryption is started. When the file extension exists in the target list then the malware starts the process of encryption.

After finishing encryption of all files, the malware creates a text file on desktop with name “-+- -+-+++-+-+-_ +++-¦.txt” then it searches for another bitmap resource called “pussylicker.bmp” and tries to use its data to write a new file but actually it didn’t find this resource. At this point, the malware finishes its destructive action and waits for user action.

When a user restarts the system or double-clicks any encrypted file it runs the copied version of malware existed in Temp folder. When this copy runs, it asks the user to enter password then it hashes the password by MD5 algorithm five times then compares the resulted hash with the stored hash in address 0x406dc9. If the password is wrong a massage popped up then returns to waiting state. If the entered password is right, the malware executes exactly what it executed in encryption process with some differences:

After decryption of all files of the system, the malware deletes the sub key “HKEY_CLASSES_ROOT\ .crypt” then deletes the sample (keep the run registry and the copy in Temp folder)

5. Removing malware
Step 1:
Patch the malware to reverse its action after comparing password and run it on the system.
This step will lead to decryption of all encrypted files and deleting the malware and sub key registry HKEY_CLASSES_ROOT\.crypt when entering any wrong password
Step 2:
Delete the files created by the malware
C:\Documents and Settings\Administrator\Local Settings\Temp\3mN6As37iqV6y5t.exe
C:\Documents and Settings\Administrator\Desktop\-+- -+-+++-+-+-_ +++-¦.txt. Confirm that the sample file is deleted
Step3:
Delete the value “Alcmeter” that is added in “HKEY_LOCAL_MACHINE\SOFTWARE\Microsoft\Windows\CurrentVersion\Run” registry
Delete the sub key HKEY_CLASSES_ROOT\ UVLBIYGQHQZADNF
Confirm that the value in Run registry is deleted