In the Second Quarter of 2014 Kaspersky Lab products neutralized more than 53.1 million cyber-attacks and malware infections on computers and mobile devices of users in the Middle East which means more than 50% increase in the number of incidents compared to Q1 (34.9 million).More than 10 million of these were threats coming from the internet while the rest was for local threats. KSN statistics during Q2 shows that: √ Iraq has the highest local threat level with 51.2% of users in Iraq facing local threats. √ Qatar has the highest web threat level with 31.6% of Iraq users facing threats while online. √ The highest number of incidents was reported from Saudi with a total of about 14.3 million incidents. √ Lebanon has the lowest threat level In Middle East for both online and local threats. √ Adware incidents increased during Q2. Amonetize adware recoreded 2.5 million infections during Q2.

During the Second Quarter of 2014 Kaspersky Lab products neutralized more than 47.9 Million of cyber-attacks and malware infections on computers and mobile devices of users in Africa which is slightly lower than the number of incidents reported during Q1.the bigest share of these incidents is for threats coming from local networks and removable media (removable USB drives, CDs and DVD) KSN statistics during Q1 shows that: √ Algeria has the highest threat level both locally and on the internet with more than 53% of Algerian users facing local threats and 35.9% facing threats from the web. √ South Africa has the lowest local threat level .while Kenya has the lowest online threat level. √ The most popular malware during Q1 was the Dinihou Worm with about 3.2 million infections. This worm spread through removable media devices making use of .LNK files. 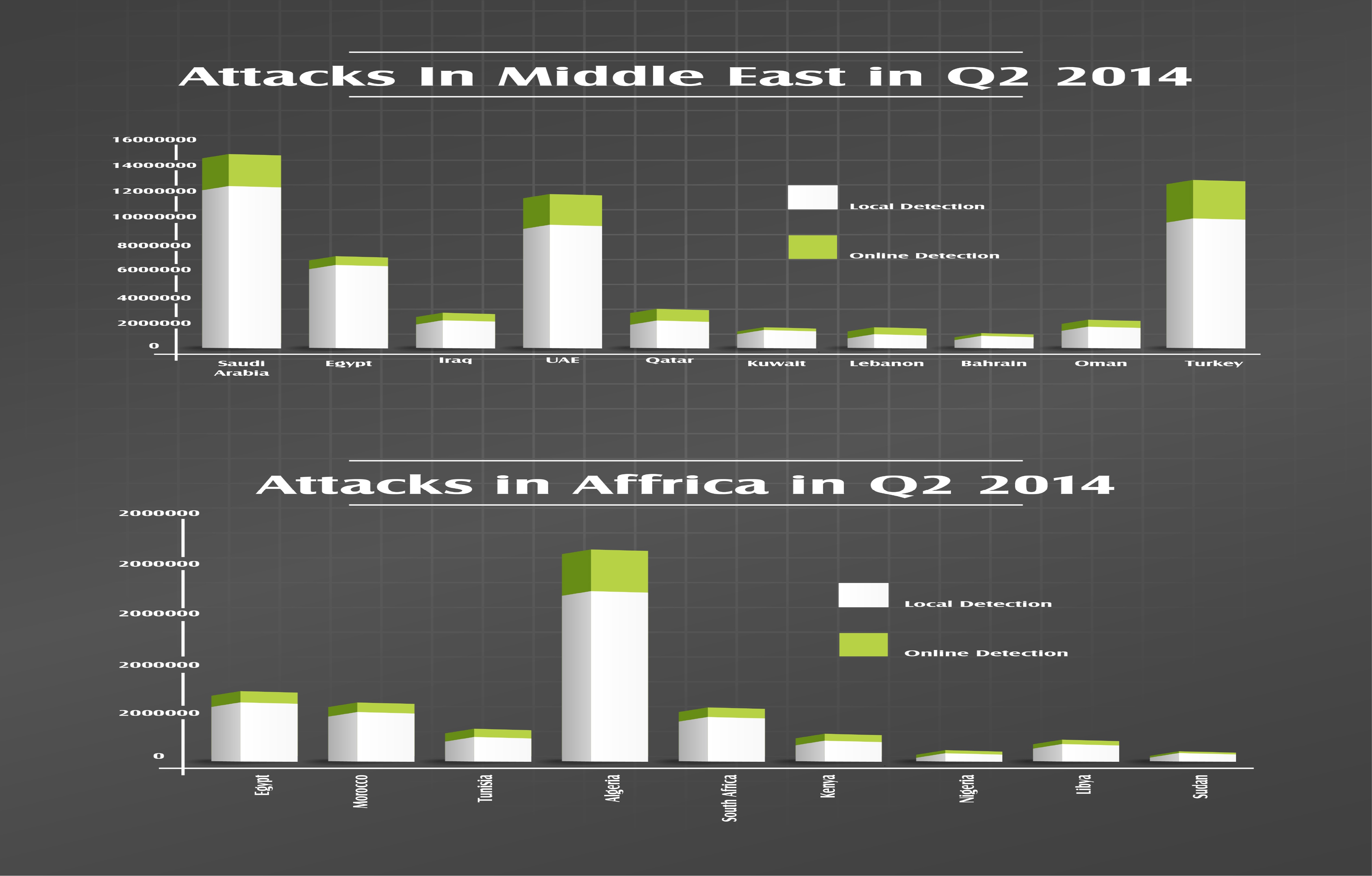